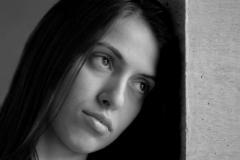 Differences of opinion are normal and can be enriching for a relationship. Some conflict in relationships is inevitable, but there are ways to handle conflict so that it is not destructive to you individually or as a couple.

People often get emotional and angry when they see their partner has different values, beliefs or expectations from them. We all need to understand and accept that between any two people there will be differences in ideas and expectations and, at times, conflict and strong expression of feelings.

Relationships usually become stronger if partners talk about these differences. Differences will be part of relationships, but they may be resolved through respectful communication.

All couples experience problems in one form or another - it's part of sharing your life with another person. The difference between relationships that flourish and those that don't is how well couples deal with the challenges and problems they face in their life together.

What does conflict in a relationship indicate?

Conflict, most commonly expressed as anger, can indicate that all is not well for a couple, that some change is needed to keep their relationship healthy.

If conflict has a purpose, then instead of asking "how can we avoid conflict?" we should ask, "how can we manage not to hurt each other or our relationship when we have a row?" and"how can we learn from the conflict?"

Avoiding conflict could mean avoiding important issues which would be better faced and sorted out.

Conflict is a symptom - treating the symptom by patching things up without finding out its cause is unwise in the long-term.

Anger is, for many people, a negative feeling and one that can be frightening because of its intensity and possible consequences.

There are four ways of responding when we feel angry:

Anger can be expressed by attacking the person we are angry with, doing a lot of shouting and screaming and perhaps using physical force by hitting, pushing or punching the other person.  Other ways way of expressing anger include withdrawing or using controlling behaviours.

Expressing anger in these ways will often leave a wound in the relationship that is harder to heal than the original cause of the anger. It may make you feel justified temporarily, but can also leave you feeling guilty (because of the effects of your behaviour) even if you are convinced you were in the right.
Those who deal with their anger by expressing it without restraint often claim that their anger takes over, and that they can't help their actions.

It may feel as if anger is beyond our control, but in reality everyone can learn to control their response to anger.

A second way of dealing with anger is to bottle it up and deny it. Some people become so good at denying their anger that they even fool themselves and become unaware that they are angry, even if it is obvious to those around them.
Bottling up anger and refusing to deal with it may solve a problem for a while, but it will create worse problems in the future. Facing up to conflict, whilst sometimes painful and confronting, can improve a relationship.
Ignoring anger means ignoring the warning signals that all is not right in the relationship. It also leaves the other person in the conflict feeling frustrated because they sense that something is wrong, but cannot get things out into the open and sort them out.
Denying anger can gradually destroy a relationship. For example, it is difficult for a couple to be intimate and trusting with each other if they keep denying or ignoring the anger between them.

Acknowledging anger and acting on our anger

The most constructive way of handling anger is toresolve conflict as quickly and as constructively as possible.

A verbal attack on your partner when you are angry is unhelpful, as is trying to score points by pointing out past failures.

When conflict arises and you feel angry with your partner, the following steps may be useful:

When your partner is angry

When your partner expresses anger with you:

Physical violence in intimate and family relationships is a serious criminal offence and is never acceptable as a response to conflict or provocation.

Once physical violence occurs in a relationship, it can easily become a pattern.  It often becomes more frequent, and usually becomes more serious the longer the relationship continues.  It can ultimately lead to serious injury, or even death.  Violence in an intimate or family relationship is a sign that the relationship is in crisis. It should be taken seriously and assistance should be sought. If you feel unsafe or in danger you can contact a domestic violence support service in your state or territory, or the police.

Warning signs of a relationship breakdown

When is a good time to get professional help?

Professional guidance and extra skills can often assist.  If your relationship has some of the above warning signs, it may be time to seek help.  Counsellors can help you identify underlying problems and may be able to help you find ways to mend your relationship.  Family dispute resolution practitioners (family mediators) can work with you to define practical issues and identify present and future needs.

The sooner that you act on issues, the easier they may be to resolve.

It is beneficial for couples to learn new ways of relating, communicating and resolving conflict.