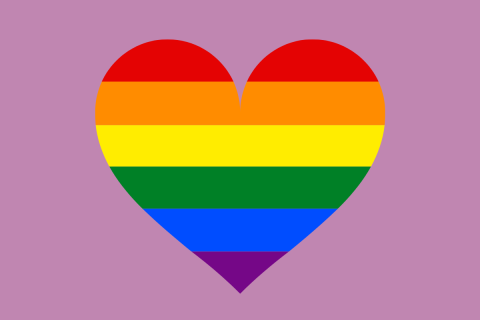 It’s normal for children and teens to explore how they identify and who they’re attracted to. But if your child isn’t sure where they sit on the gender or sexuality spectrum, they may feel anything but normal.  Love and support from family is crucial during this confusing time.

But talking to your child about gender, sex and identity can be overwhelming. These topics aren’t as black and white as some people might think, and it can be hard to know where to start.

We hope these tips help you support your child while they’re figuring out who they are.

It takes a lot of courage to open up about gender and/or sexuality. Chances are your child is worried about how you’ll react, fearing the possibility of judgement and rejection. When your child trusts you enough to talk about these things, really listen to them and try to understand their experience. Show genuine interest and curiosity while respecting their boundaries.

Believe what they’re telling you, and avoid brushing it off as a ‘phase’. This negative attitude can be invalidating to your child and prevent them from opening up again.

The best way you can support your child is to accept them for who they are, and let them know they’re loved unconditionally. Ensure your home environment is a safe space where they’re free to express themselves without judgement. Show them encouragement and praise for being open with you.

Avoid using derogatory language, pressuring them to conform to social norms (e.g. wearing certain clothes), or making jokes about their identity and/or expression. Respect their privacy and don’t push them to answer intrusive questions or disclose anything they don’t want to.

Improve your understanding of LGBTQIA+ experiences and issues by doing some research online. Familiarise yourself with the appropriate terminology and language and be respectful of your child’s preferred pronouns (e.g. he/him, she/her, they/their, or other).

The Gender Unicorn can be a helpful resource for parents/carers and children. Coming out is difficult, and a significant event your child will likely remember for the rest of their life. Don’t take away their right to disclose their personal information in their own time. Allow your child to dictate who they do and don’t want to know about this information.

This is a time of exploration and discovery, and your child might not want the entire extended family, all their teachers, or the neighbours to know how they’re feeling until they’ve figured it out for themselves.

It’s tough enough being a kid sometimes, and unfortunately, LGBTQIA+ youth can face additional challenges. Research shows LGBT young people are nearly twice as likely to engage in self-injury than their similar-aged peers.

Keep an eye on your child for signs of withdrawal, depression, or self-harm. If you do notice any of these behaviours or other behaviour changes that signal alarm bells for you, remind your child you’re there for them, and seek support from your GP.