A Path to Better Communication 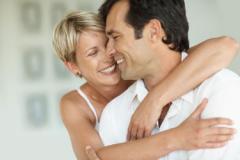 Couples often express the same issue; they have difficulty in communicating. Communication is an important factor in every relationship and is necessary in creating solid foundations for a healthy and respectful couple relationship.

World renowned psychologist Dr John Gottman has found through his research into couples, that there are four particular types of negative interactions that can be very damaging to a relationship. Gottman calls them “the Four Horsemen of the Apocolypse.”

The Four Horsemen are:

Criticism: most of us will have some complaints about a person we live with. But there is a significant difference between a complaint and a criticism. A complaint focuses on a specific action e.g. “you forgot to put the bin out again.”  A criticism is directed at your partner’s character or personality, suggesting there may be something wrong him or her e.g. “you always forget to put the bin out, you’re hopeless!” Criticism is very common in relationships; the problem with criticism is that when it becomes pervasive, it paves the way for the other more destructive horsemen.

Contempt: Sarcasm, cynicism, name-calling, eye-rolling, mockery, and hostile humour are all forms of contempt. In whatever form, contempt is destructive to a relationship because it is demeaning and conveys disgust. For example, “My family wouldn’t be so low as to do something like that, unlike your family.” Contempt is fuelled by long-standing negative thoughts about the partner. You’re more likely to express contempt if your differences are not resolved. Inevitably, contempt leads to more conflict rather than to reconciliation.

Defensiveness: When conversations become negative, and you feel criticised and attacked, it is natural to want to defend yourself. However, research shows that this approach rarely has the desired effect. The attacking spouse does not back down or apologise. This is because defensiveness is really a way of blaming your partner. You’re saying, in effect, “The problem isn’t me, it’s you.” Defensiveness just escalates the conflict.

Stonewalling: In relationships where discussions lead to a cycle of criticism, contempt, and defensiveness, eventually one partner tunes out. During a typical conversation between two people, the listener indicates that they are paying attention. They may use eye contact, nod their head, and say something like “Yeah” or “Uh-huh.” A stonewaller doesn’t give you this sort of feedback. They tend to look away or down without uttering a sound. They sit like an impassive stone wall. The stonewaller acts as though they couldn’t care less about what you’re saying even if they hear it. The less responsive they are, the more persistent the other person becomes.. By turning away from them, they are avoiding a fight, but they are also avoiding the marriage or relationship. Although both men and women can be stonewallers, this behaviour is more common among men.

If these horsemen are present when couples talk, it may not necessarily mean the end of the relationship, but it generally does mean that each time couples engage in conversation it makes it harder and harder to positively communicate and this can lead to a breakdown of the relationship over time.
So how can we better communicate with our partner without using the four horsemen?  There are some things that we can do that not only help get our message across to our partner, but also build healthy relationship where both can openly and assertively express themselves.

o Often men offer solutions to problems and want to achieve results whereas women want to share feelings and discuss difficulties
o Men’s talk is concerned with exhibiting knowledge, passing on information, preserving status and independent,
o Women’s talk is on the emphasis of displaying similarity, establishing connections and creating intimacy.
o Men tend to think internally and express the finished product of their thoughts, whereas women tend to think aloud, sharing their inner dialogue to arrive at a decision or simply to share their thoughts.

Gottman's research also shows that it isn't only how couples communicate and disagree that matters, but how they make up after an argument. Relationships stabilise over time if couples learn to reconcile successfully after an argument.